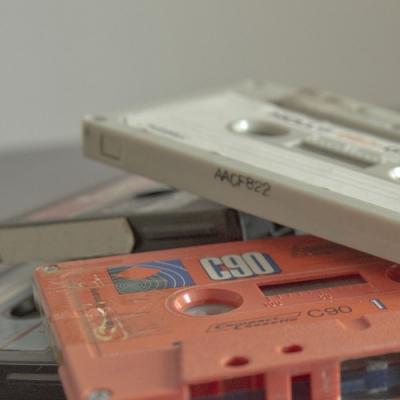 Are you missing the 80s?
Then Louis La Roche (featured before here on Stereostance.com) has what you need. This track, having dropped some 10 minutes ago, acts as a time capsule, bringing an older spacey and synth-laden sound to the present day.

In his own words: "the EP sounds like an 80's cassette ahead of it's time.". Judging from this single, released for free on soundcloud, I really hope that's the case, cause the EP will then end up being one of the best of the year. I've got high expectations from none other then the author of the Scenery mixtapes.

The piece itself begins with some reverb-filled organs and clavs that soon become looped and chopped about. You can almost make out the compression on the track, acting as digital dust on a superb production. Where the "new" comes in is at the sliced vocal looping, creating a distinct new-age sound. Basically imagine a space probe from the 70s returning with some galactic sould and funk samples.

Here is a converted mp3 of the song (because the original is a WAV).  The Way She Makes Me Feel - Louis La Roche (320 Kbps)

'Dusty Cassette' EP is out on Ever After Records August 19th (Bandcamp) and September 16th (iTunes).