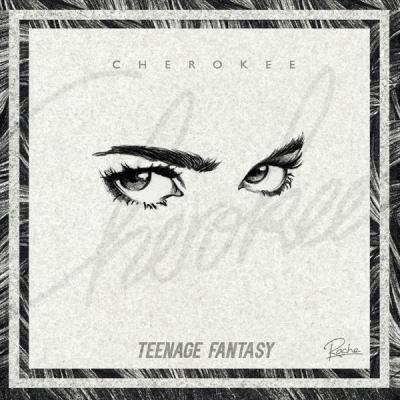 Sorry for not posting in so long, I'll try to catch up on the missed posts.

As you can imagine, after Valentine's day (my favorite day for music), a lot of great stuff has been released by artists all around. Although I was a bit disapointed Bag Raiders didn't follow up on last years awesome mix. Regardless, there are many Singles, EPs and albums to note, but the one I want to focus on here is the heavily anticipated Cherokee EP: "Teenage Fantasy".

Every bit as awesome as Katy Perry's "Teenage Dream" (half joking), this EP lived up to the great hype surrounding it. All the tracks stand well on their own, and draw heavily from some of the more classic French Touch grooves. However there is one song that stands out among the others and that's unsurprisingly the lead track; Teenage Fantasy.

At first I was not sold on the track fearing that the slow build would jeopardize it's later groove, but now a few weeks later of listening I've become a firm supporter. Cherokee (now one person, not a duo) starts the track with a simple sweep, and a basic beat, followed by some echo-laden vocals. Children's voices pour in the soundscape, rendering a distinct nostalgic feel to the track, but this all breaks with the refrain. A guiding piano keeps the track together but the vocals are really the driving force behind the memorability of the song. Not quite a banger, this one had me grooving a great amount, and I love listening to it while biking to campus.

I hope you guys enjoy Cherokee's admirable work, and will tune in for our next feature here on Stereostance.